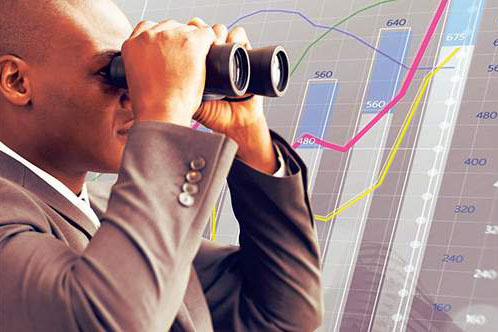 THE new year is here and as we move forward into it, the Jamaica Observer has compiled a list of 22 businesses to watch in 2022. Some are publicly held entities, others are private, but they all are companies we believe will make massive moves this year. Here's our list and why we believe they will be impactful this year.

1) Barita Investments Limited — After another year with fresh equity capital, Barita's balance sheet has expanded from $18.88 billion in 2018 to $90.21 billion in 2021. This has been combined with an aggressive talent hunt of brilliant, young and experienced minds from major companies in an effort to change the game and face of the industry. Barita's marketing spend along with its constant capital market activity have pushed it to become one of the more well knowm brands in Jamaica like Digicel, Wisynco, or KFC. Though Paul Simpson is the deputy chairman of Barita, his vision for the business has been matched by an injection of capital through Cornerstone Financial Holdings Limited and visible growth in financial performance. With the company leading Massy to the Jamaica Stock Exchange (JSE) this month, one can only wonder what is next for the hungry lion.

2) Wisynco Group Limited – The local manufacturing and distribution giant has weathered the worst of the storm that was COVID-19 and has found a new path to continued success. Even with entertainment far from recovering, the reopening of schools and improvement in the tourism sector should augur well for the business. As one of Jamaica's most widely known, fast-moving consumer goods companies, Wisynco should enjoy the fruits of its labour with its new warehouse in Trelawny and increased export demand in other markets.

3) EduFocal Limited – Though known as an education business in the primary school space, EduFocal is quickly establishing itself as a digital solutions provider for training in the corporate space as well. Though schools are returning to face-to-face tutoring this week, the Edufocal Primary Exit Profile academy has changed the game as a full-time online day school. It not only creates a flexible space for parents to adapt to their new lives, but also shifts the local paradigm on the possibilities for education in the future. In conjunction with the Transport Authority and British Caribbean Insurance Company, EduFocal will be deploying its Driver Training platform in a week to onboard more than 10,000 public passenger vehicle drivers. When combined with a possible listing in the future, EduFocal is a business to watch carefully as founders Gordon Swaby and Paul Allen work together to build a great locally based business.

4) TFOB (2021) Limited – 'The Future of Business' 2021 is NCB Financial Group Limited's newest subsidiary focused on financial technology (fintech), with its latest product being an app called Lynk. Apart from successfully registering more than 25,000 individuals in the first week of its launch, it has also facilitated the pilot of the Bank of Jamaica's central bank digital currency. Lead by seasoned NCB executive Vernon James and Chief Growth Officer Dr Luke Foster, it will be pretty interesting to see the development of fintech in Jamaica and, by extension, the Caribbean.

5) Jamaican Teas Limited – Despite being known as a manufacturer, Jamaican Teas is changing its corporate structure one more time to make itself a holding company with ambitions to grow through acquisitions and investments. It spun off its manufacturing arm as a subsidiary called Caribbean Dreams Foods Limited, which it plans to list on the Main Market of the JSE. It has also continued increasing its stake in QWI Investments Limited and building new properties during the real estate boom. With the addition of Diana Blake-Bennett to head manufacturing and opportunities to look for new business, the John Mahfood-led company is a business to watch closely.

6) Outsourcing Management Limited – itel (formerly itelbpo) has had a record three years which have only got better as the company expands into new markets. The home-grown business processing outsourcing company has been growing and is looking to double its team members to 10,000 by 2025. After getting an injection of $606.36 million through PanJam Investments Limited in 2019, itel grew its business by 40 per cent in 2020 with revenues hitting $6.78 billion. In 2021 it expanded to Guyana, which was its ninth country of operation. It raised $3.1 billion through the private placement of a bond that was oversubscribed. With nearshoring becoming a central focus of many companies, itel is positioned to capitalise on the opportunities that will abound in 2022 and beyond.

7) VM Group – The Victoria Mutual (VM) Group has set itself up for new heights as it rebranded and made plans for restructuring in the future. Apart from expanding in Jamaica, it will be going after other Caribbean markets in a bid to improve the investment landscape in those markets. Its subsidiary, VM Investments Limited, has announced its intention to acquire Republic Funds (Barbados) Inc, subject to regulatory approval, while also raising additional capital during the period. Once VM Group gains approval for restructuring from Jamaica's Supreme Court, Bank of Jamaica and members, the VM Group will be in a much better position to unlock its planned growth.

8) The Limners and Bards Limited – The advertising agency and film production company has had a wave of unprecedented growth since listing on the JSE in July 2019. Shareholders have not only been able to reap strong capital gains, but the strong cash flow-generating capacity of the business has seen it pay higher dividends in turn. Each new financial year has seen it break prior-year records as its client base continues to improve and while it finds new ways to bring value to the digital space. With Scope Caribbean Limited set to launch soon, it will be interesting to see how they will set new records in 2022.

9) Caribbean Producers Jamaica – The local distributor of foods and beverages to the tourism sector has been able to recover lost ground as it adapted to the evolving circumstances of the pandemic. Apart from saving an extra US$600,000 per month in expenses, the company has set high ambitions including expanding its Montego Bay store and a potential acquisition in 2022. Even with the Omicron variant lingering, tourism is a vital sector to Jamaica that won't be separated any time soon.

10) Future Energy Source Company (Fesco) – Fesco has not only benefited from the JSE Junior Market's capital and tax break, but also the additional exposure that being listed has brought. With two new service stations open and schools now reopening, Fesco will be in a unique position to sell more fuel to its dealers as it operates its first store on Beechwood Avenue.

Read more at The Jamaica Observer