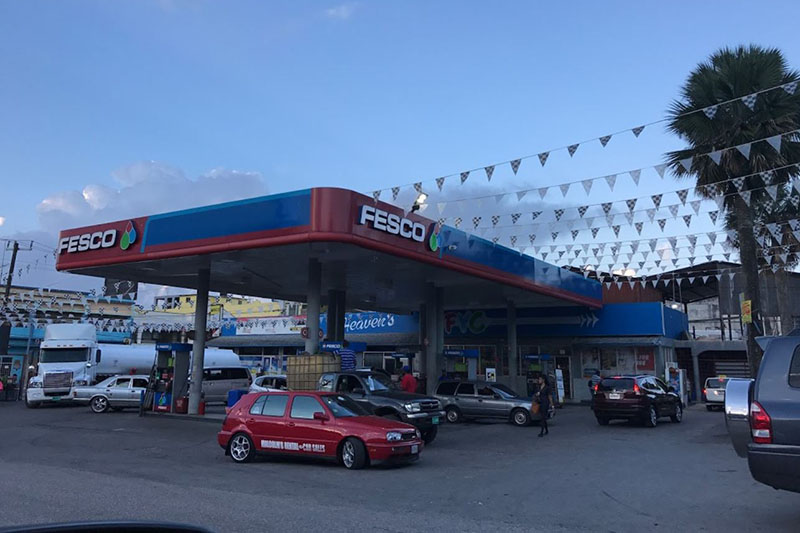 THE HEAVEN'S FESCO service station in Mandeville, which reopened for business on Sunday, following a major explosion on February 21 that claimed one life, injured several others and caused damage estimated at $100 million to property, is trying to find its footing and regain the trust of the public.

Business operators who are in proximity and individuals who travel the route of the service station, located at the intersection of Caledonia, Manchester, and Perth roads, say they are wary of the surroundings and do not wish to have a recurrence.

â€œThere is a fear, and that fear should be understandable with what happened the other day. It is still lingering in our minds ... . Every few seconds I get up and go outside to look, because you canâ€™t be too careful ...â€ one business operator said.

Owner of the service station, Trevor Heaven, said there has been an extensive firefighting training sessions with all 42 members of staff and all necessary works for public safety have been done.

â€œWe actually hire fire wardens for each shift to ensure that all of the red-flag areas are identified quickly and are reported. We have had our structural integrity tests done, pressurised our tanks and lines, we have new dispensers, new fittings, everything is brand new,â€ Heaven told The Gleaner.

He added: â€œItâ€™s been very hard to have come around in such a short time and to offer the services back to the [public] ... . We are building back our business and trying to recover as best as possible.â€

The fire department has confirmed the completion of the investigations, but told The Gleaner that they could not yet make public the details of the report, including the cause of the fire, until it was signed off by the relevant authorities.

According to a hospital official, two of the injured persons â€“ one man and a woman â€“ remain in hospital and are in stable conditions.

Heaven told The Gleaner that he has been in dialogue with the victims and visits thrice per week. He said both individuals will be completing tests this week which will hopefully see the female being discharged.

He revealed that 59-year-old Daniel Farquharson, who died after sustaining injuries from the explosion, has not yet been buried as arrangements now have to be made with the restrictions implemented as a result of the coronavirus pandemic.

Meanwhile, the police say their investigations are far from being completed, a factor that would not militate against the reopening of the establishment.

â€œWe are doing a broader investigation to establish if there was a case of an accident, if it was negligence or criminal, or if any one person was responsible ... We would have gone to scene, received all the information, and basically handed back over to the (owners) ...,â€ said Superintendent Gary Francis.

He said, however, that if another body with regulating authority brought something to their attention, further actions can be taken.

â€œIf later in the investigation something is submitted to the court or a tribunal, and they make a decision in respect to the location, but we the police donâ€™t have the authority to hinder or prevent that (the opening) ... . If we have an observation, we could make some recommendation to the tribunal and move on from there,â€ he said.