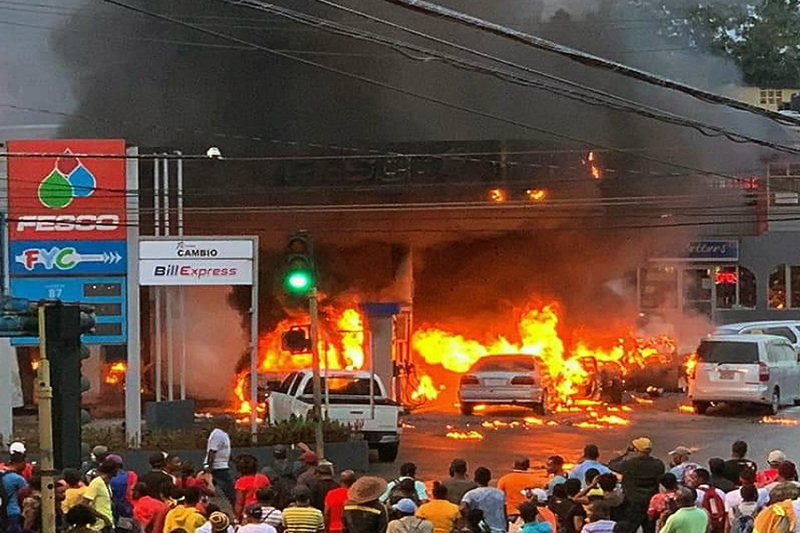 The Petroleum Marketing Company, FESCO advises its valued customers, staff, and the general public that the outbreak of fire which occurred at one of its member stations in Mandeville, Manchester, has since been contained and is now the subject of an urgent investigation.

Initial reports suggest that an incident with a vehicle at a pump led to this event. FESCO wishes to assure everyone that the safety of its customers, staff and the public at large remains paramount. The outpouring of support for those affected continues and the FESCO family hopes that it will be joined in prayer for the injured over the coming days and weeks.

The FESCO family and the Heavenâ€™s Mandeville Gas Station team in particular, express profound gratitude to those members of the public who assisted, as well as to the Mandeville Police and Fire Brigade for their rapid response and success in containing and extinguishing this horrific blaze.

FESCO also notes the proliferation of videos and commentary of this very serious incident on social media and will ask, out of respect and concern for those directly affected and their families, that persons be sensitive and if possible, refrain from any further comment until the authorities have concluded their investigations and report.

Any further and helpful information may be provided to the following contact - feb21fire@gmail.comÂ Â